Showing Your Face To The World

Remember the old fairy tale about Jack and the beanstalk? The one with magic beans, and giant in the clouds, and golden eggs, and this so-called â€œmarketâ€ where Jack was headed to sell the family cow?

I grew up in the suburbs and our food came from a grocery store. The idea of an open-air market seemed just as imaginary to me as the rest of the tale. Of course, that’s no longer the case. My son has been to more farmers’ markets in the first 17 months of his life than I had in my first 17 years. And I’m not the only one going. The number of farmers’ markets has grown from 2,863 in 2000 to 6,132 in 2010. Probably for several reasons, including concerns about food safety, a growing â€˜buy local’ mentality, and the at-home gourmet movement.

But I also think there’s a simpler explanation. We like to see the faces behind the things we buy. When you buy a $3 toy from Wal-Mart, you have no idea who made it (and honestly, you probably don’t want to know). A farmers’ market gives you a chance to see where your money goes, and to feel good that it ends up in the right hands and not with some profiteering middleman.

Which is why I was excited to read about the IOU Project. It’s an initiative that uses technology to build a life story for a piece of apparel. Buy a shirt, scan the QR code on the label, and you get to see â€œpictures and profiles of the weaver who created the fabric and of the artisan who cut the material and created the design.â€ Then you can upload your own picture so they can see their creations being appreciated. 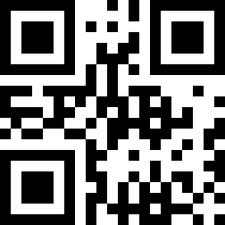 The IOU Project puts a face behind every QR. Does your social media campaign show your brand's face to the world?

This is a big deal for several reasons. It brings relevance to the â€˜ethical apparel’ industry, which is built on sustainability and responsible sourcing. It provides tangible justification for the higher prices that accompany hand-crafted goods. It may one day force the hand of major brands when it comes to sweatshops (imagine a protest group putting QR code stickers on mass market goods to highlight factory conditions in Malaysia).

But most of all, it’s an example of using technology to make a business relationship more personal. The IOU Project has done for scarves what farmers’ markets have done for broccoli: it’s given a face to a product.

Your brand has a face too. If you’re a one-man shop, maybe it’s your own face. If you’re part of a small company, maybe it’s the founder’s face. For the chicken finger restaurant Raising Cane’s, it’s the founder’s dog. Whatever face you choose, it’s a connection deeper than the product you’re selling: it’s an opportunity for your customers to relate to you as people, not transactions.

If you are visiting Eli Rose, it’s probably because you use social media to promote yourself or your brand. That means you understand the power of technology and the ability it gives you to communicate with a huge audience of customers and prospects. And you’re on the lookout for ways to use this technology more effectively. So as you work on your social media campaign, ask yourself:

â€¢ Am I showing the unique face of my brand?
â€¢ Am I making people feel good about doing business with me?
â€¢ Does my campaign feel personal rather than impersonal?