Facebook isn’t only about Facebook anymore. An increasing number of apps have been developed to add to Facebook’s basic functionality and (hopefully) increase the engagement level of your fan page. The types of available Facebook apps varies greatly, and the list below is just a sampling of what’s out there.

If you’d like to give special recognition to the fans who are most active on your fan page and potentially increase long-term fan engagement, look into Facebook’s own “Fan of the Week” app or third party app provider, Booshaka. 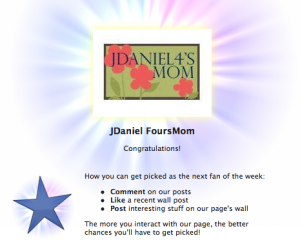 If you run a non-profit that you’d like to ask donations for or have a special cause that is near and dear to your heart, Facebook’s Causes app may be able to help.

If you have products to sell, a Facebook app like Payvment is a way to go. This is a great option for etsy and handmade shopÂ owners, too.

Host a virtual garage sale with Facebook’s Marketplace app. This is also a spot to check if you want to browse as an interested buyer.

Host a Live Session on your Fan Page

Facebook makes it easy to incorporate your fan page into your website. By visiting the Social Plugins portion of its Developers section, you can choose from several Facebook apps including Like Button and Facepile, customize that app’s settings for your needs and then add the HTML code to a widget in your website.

Because of Facebook’s EdgeRank algorithm and the types of updates it favors, using apps that auto-post a new blog postÂ from your RSS feed to your fan page wall, for example, hurts your EdgeRank and a fewer-than-normal number of fans will be shown that auto-posted update. Also, while the Twitter app may be seen as convenient since it auto-posts all your Facebook fan page updates to your Twitter stream, you can potentially annoy your followers with identical updates. Plus, many heavy social media users advise that Facebook and Twitter are two very different platforms and audiences, and should be treated as such. Basically, what works on Twitter may not translate well onto Facebook, so use it with caution.

Have you added apps to your Facebook fan page? Which are your favorites?