“Noise” is one of the biggest frustrations in social media. As you spend more and more time on social, there are subtle cues to notice with another user’s profile that can tip you off to the fact that user is not a legitimate account, but in fact, spam.

Egg Profile Picture The egg avatar is about as ‘default’ as you can get. Particularly if an egg with only a URL shows up in your @Mentions.

Zero “Listed” When reviewing another user’s Twitter profile, you can also see how many times that user has been listed by another. It’s very unlikely that a spam Twitter bot account has been listed. 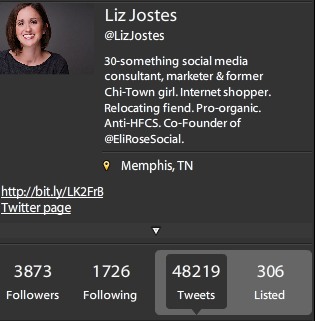