Business Lessons from the Tabloids 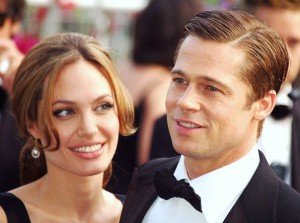 How many of your business relationships look like this?

If the Olympics are any indication, we Americans are pretty good at athletics. 104 medals is not a bad tally. And with NBC’s ratings at a record high, we can add â€œwatching TVâ€ to our collective skill set too.

But now that the Olympics are over, we can return to what we do best: worrying about other people’s relationships. You know, like Robsten and TomKat.

As much as our obsession with celebrities trivializes relationships, it’s important to recognize that these kinds of partnerships matter to people. Whether you’re choosing a supplier to work with, or promoting a relationship with a client, or announcing a new hire, remember that old saying about the company you keep.

Of course, not all partnerships are the same. To make the most of the ones that matter, you have to understand what they say about you.

What if you have a very close relationship with a supplier? I mean, really close. You make them better, they make you better. That’s a Robsten. Did their real-life chemistry help them on the set of the Twilight movies? Of course it did. It also helped sell the movies. But imagine if their breakup had happened halfway through the film franchise. That’s the downside to a Robsten: overdependence. When it works, it works great, but if the relationship sours, everything stops. And that’s the danger of promoting a Robsten partnership: astute clients will recognize that it’s equal parts strength and weakness. (1)

On the other hand, what if you enter into a marriage of convenience? You pick a partner that makes you look good, even if it strains your credibility a bit. That’s a TomKat. Worked great in the short term, seemingly answered some questions and lingering doubts about him, but never seemed right and wasn’t a surprise when it ended. That’s the risk in promoting a TomKat: it looks like you’re trying too hard and raises more questions than it answers.(2)

But every once in a while â€“ and fortunately, more frequently in real life than in Hollywood â€“ you get a partnership that really makes sense, one that accentuates the best in both parties. You know, a Brangelina. Maybe it will last forever, maybe it won’t, but it seems to work great and make everyone happy. The partnership doesn’t take away from your individual identity, it adds a new dimension to who you are. Now that’s something you want to talk about.(3)

And finally, there’s the VanDamminogue. As in, Jean Claude Van Damme opening up about a thirty year old fling with Kylie Minogue. It’s irrelevant, has a faint sense of desperation about it, and leaves people wondering why you’d ever disclose it. If you have one of these in your closetâ€¦ keep it there!

Robstens, TomKats, and Brangelinas. You’ve probably had each of them at some point. You’ll have more in the future. The important thing isn’t whether you have these relationships (that’s your business), it’s when/where/how you choose to talk about them. Unless you’ve got a bona fide Brangelina on your hands, you may want to keep the relationship quiet until you see how it pans out.

(1) Example: I know a technology consulting firm that purchased a smaller software provider to acquire a specific analysis tool. A year later, they are paying exorbitant fees to the former owner because they need to keep him around until they know how the software works. As expensive as it is to keep the relationship going, they can’t afford the breakup.
(2) Example: JC Penney hiring Ron Johnson from Apple, then promoting the fixed pricing model as the next big thing in retail. The â€œno salesâ€ approach that worked fine at Apple fizzled in a department store setting despite Johnson’s pedigree. Cue the backpedaling.
(3) Example: Facebook buys Instagram while LinkedIn buys Slideshare. It just feels right.