Building a Network: You Can’t Just Invite People When You Need Something 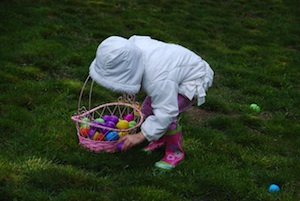 Growing up, when my family would throw parties, it was not uncommon for almost no one to show up. When I was a young child, people would attend my birthday parties but as we grew older, the numbers quickly dwindled. It was always awkward for us as well as for the poor, unfortunate souls who did come.

When we moved to a new city, we found we had to make friends. Unsure how to do this, I’d awkwardly mention to people we met that perhaps we should get together sometime. As an introvert, I really didn’t know how to smoothly transition from polite chit chat to friends. When we threw Alex’s third birthday party, his first in this city, we got a slew of last minute cancellations. Only one child actually showed up. It was weird. I felt terrible but I knew I had to strengthen our connections in this city.

So I practiced. I invited people to go to the park. When a friend set me up on a blind play date, I went. I pushed myself outside of my comfort zone and actively worked to build a stronger network.

This past weekend, we threw an Easter egg hunt. What I’d envisioned as a low key party where only 1-2 of the families I invited would show up, quickly turned into an event with close to 40 people. Since I was used to inviting a lot of people assuming that few would respond, I never expected that friends would call asking ifÂ theirÂ friends could come too.

It never occurred to me that the work we’d done to build our network would mean our conversion rate of invitee to attendee would change. This made me think of how companies, especially small business, often market. Because they are busy, as I was when we first moved here, they often only reach out to people when they need something like event attendance or increased sales.

However, taking the time to build a network and connect with people in your industry, location and general target market can help change your conversion rate. When people know and trust you, they’re much more likely to share your message when needed, attend an event, or purchase a product you have on special. On the other hand,Â ignoring customers on social mediaÂ can mean that when you need them, no one is there to come to your party.

What is your best tip for business networking?