Shark Week is Killing It: How to Launch Virtually Anything

Every year, I watch Shark Week, happy to have this virtual classroom. Now, my whole family watches with me. The past few years I’ve grown accustomed to Shark Week beginning in early August. This year, I was surprised to find that Shark Week was starting July 5. Lucky for me, they had an extensive campaign to raise awareness of their launch date. 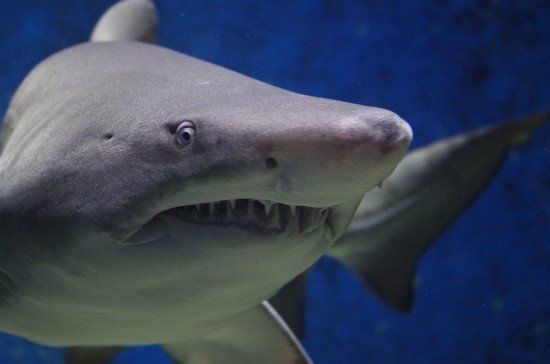 Here’s how the launched this year’s Shark Week.

1.Â They CreatedÂ Business Partnerships I found out that this year’s date had been moved up during a chance visit to Coldstone Creamery. Discovery had partnered with Coldstone to craft Shark Frenzy ice cream. The ice cream was accompanied with posters and other printed signage promoting both the ice cream and the start date of Shark Week. It was hard to overlook and – bonus for me – it was also delicious. When launching a business, product, service or event, finding strategic partners is always beneficial. And though it’s not always intuitive, brick and mortar shops can be a great complement to online only services. Mixing mediums for your launch campaign can be hugely beneficial.

2. They Leveraged Social Media Shark Week was all over their Facebook campaign. They posted regularly, but most importantly, they posted relevant, timely information. They used resident shark experts to host question and answer sessions reminiscent of Reddit AMAs. Social media works as a very effective addition to the partnerships they created with more established businesses. By using multiple delivery methods, they increased their odds of reaching all the people interested. In fact, a woman I went to high school with thanked me for sharing the updated launch date on Facebook. It’s proof that you need to use every medium you can to let people know about your launch campaign. The only way they could have improved this strategy was to better utilize Facebook ads. Though, I’ll admit, I’m very impressed by their organic content game.

3. They Developed Interesting Content It would be easy for a campaign that is geared towards education (though some debate its educational focus) to be dull and lecture-focused. However, Shark Week used beautiful photos in its campaign, created preview videos of its upcoming content, and had some fun with shark costumes. The campaign built anticipation by being -wait for it – fun. Many people are concerned about being very business-oriented in their campaigns, which can be great. But it’s important to remember that even if your business is boring, your launch – or blog – doesn’t have to be.

So what have we learned about sharks? These are some pretty crafty and marketing-savvy fish. Maybe they can partner with Zoolander for their launchÂ next Summer.

That partnership would make the best campaign ever.

Blog Posts in your Inbox!

It's chock full of goodness made available only to subscribers, and not published on our blog!
Your information will never be shared or sold to a 3rd party. View our privacy policy here.