At a recent trip to the pool, I heard some teens chatting. They were huddled over a smart phone discussing a twitter feed. “Retweet for a chance to win free sandwich? Yes, please!” one of the kids shouted.

They made me smile. 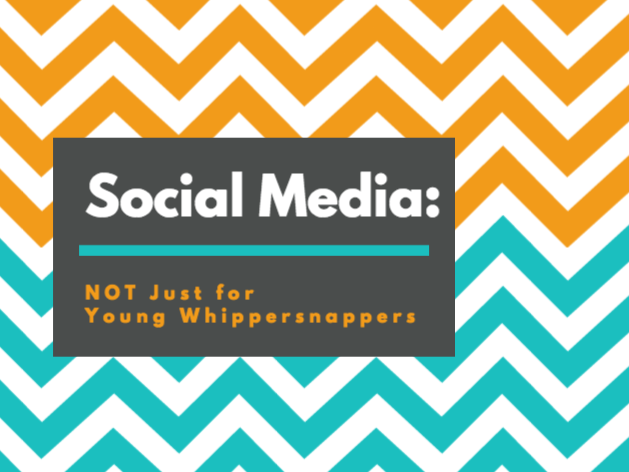 I talk to a fair amount of teens for a variety of reasons. At first, it’s very polite. But as they get more comfortable and we talk more casually, they start to say things like “Oh, I got a coupon I didn’t need so I posted it on Twitter to see if anyone needed one” or “I saw on Twitter that my friend’s band is playing at that restaurant“. Once one of them even told me they had almost Snapchatted me the night before because they were bored.

I know what you’re thinking. You’re thinking: Yes, Kristin, we get it, so what’s the point. The point is, you probably think Twitter is dumb. But that doesn’t mean your audience does. And – here’s the kicker – young whippersnappers are part of your audience. They may not be your most coveted target market but they talk to a lot of people for a variety of reasons. Having a positive brand image on a variety of mediums that a variety of people use is only good for you.

For instance, say you are a health professional who talks about injury prevention and rehabilitation on social media. A parent injures themselves and needs rehab. Their teen or young adult recommends they call the place that provides them with the most education – the place that has earned their confidence through a long history of building trust. That place is your business. This recommendation could come from a teen, as I’ve outlined. But it’s also possible a recommendation can come from their doctor, colleague, neighbor or friend for the same reason.