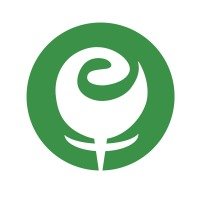 Thank you for arriving.

Even though you took your sweet, sweet time.

I Work in Social Media. Here are 9 Things on my Mind.Â I nodded all the way through this. We’ve written about #3 before. The thought of #4 makes me dread the approaching election even more.

A Facebook Dislike Button – or Something Like It – is ComingÂ After news broke about the dislike button coming, reports started shifting to calling it an “empathy” button. The verdict is still out on how it will work and how it will be used. Facebook drama, anyone?

Who is the BABE sitting behind Jake Tapper at the GOP Debate?Â You know it must be a BABE if he gets more attention than the politicians.

“Turd Ferguson” Make It to Real “Jeopardy”Â She may have lost at “Jeopardy”, but Talia Lavin won the Internet and the hearts of anyone who appreciated the (in)famous SNL skit.