Tremors were felt in the social media world recently with 2 big changes announced. One change is for the good; Facebook seems to be easing up on the use of third party apps.

Auto-publishing tools can make a social media manager’s job easier, but up until very recently, those 3rd party apps were being penalized in Facebook’s EdgeRank algorithm.Â You can read more about the signs that Facebook has stopped penalizing those third party apps.

Change #2 has caused some pain throughout the blogosphere. Google announced that as of March 1, 2012, it was discontinuing its FriendConnect widget on all non-Blogger blogs. Bloggers who have built up a substantial following through the GFC widget are upset at the potential loss of followers, and unsure how to effectively “transfer” their communities to Google+ Pages, which is what Google recommends. 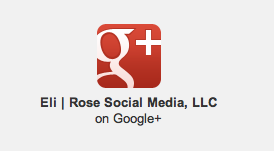 As is the norm in the world of social media, things are always changing.

So tell us, what do you think about these recent changes? Are you affected by the loss of the GFC widget?