A Peek Behind the Curtain: Your Customer’s Perception of Value

It’s a memorable scene from a timeless movie: the great and powerful Wizard of Oz is revealed to beÂ nothing more than an ordinary man. Not his finest hour.

For many of us, though, allowing a peek behind the curtain might just be a good idea. 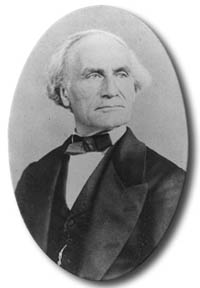 It took a magician to bring transparency into politics.

Take Jean EugÃ¨ne Robert-Houdin, a 19th-century French magician (and the reason Ehrich Weiss changedÂ his name to Harry Houdini). A successful magician, Robert-Houdin was pulled out of retirement by theÂ French government and sent to Algeria to help quell a rebellion. How? By convincing the locals thatÂ French magic was superior to that of their tribal leaders. Robert-Houdin did just that, displaying severalÂ tricks that caused residents to think he was the devil. But thenâ€¦ he went even further. As he recountedÂ in his memoirs, Robert-Houdin had translators explain how he accomplished his feats, gaining him theÂ admiration of tribal elders (and undermining the local sorcerers in the process).

I was reminded of this story recently when reading a medical blog. The author, Mary Pat Whaley,Â describes an interaction in which the patient objected to a fee on the grounds that the doctor onlyÂ spent ten minutes in the exam room. The title of the post says it all: â€œYour 10 minute office visit needsÂ 8 people and 45 minutes of workâ€. It’s a brief but eye-opening look at what drives healthcare costsÂ even for a basic visit. For anyone who deals with customers, it’s also an important reminder of the gapÂ between perceived service delivery and actual service delivery â€“ and whether clients really know whatÂ they’re paying for.

I had the opportunity to apply this approach myself last month after sending a proposal to a client forÂ a 2012 customer research study. He called to ask why the price for the study was almost identical toÂ a very similar project we’d completed in 2011. His specific objection was that the survey instrumentÂ would be very similar, so he expected that there would be much less time put into the 2012 project.

As I thought this over from his perspective, I realized that the handful of hours we spent on the phoneÂ together hashing out survey content represented the client’s only real exposure to the research process.Â The other 200 hours of project management, data analysis, and reporting were essentially invisibleÂ to the client because he wasn’t directly involved. So I spent a few minutes taking him through theÂ workflow process from a cost perspective to explain why the study price didn’t change as much as he’dÂ expected.

By the end of the call, not only was he comfortable with the pricing, he also had a greater appreciationÂ for the quantity and quality of work that went into the entire projectâ€¦ not just the part he was directlyÂ involved in. And I had gained a new respect for the power of transparency.

How about you? Are you willing to let your customers peek behind the curtain? Or even better, giveÂ them a guided tour?