A Penny for your Thoughts: What Makes your Customers Buy

When I was young, I enjoyed coin collecting. On an 11-year-old’s budget, my acquisitions were modest, but I wasn’t looking for investments. I enjoyed the artistry of the Walking Liberty half dollar, the history of the 1943 steel penny (when copper was needed for the war effort), the quirkiness of two-cent and three-cent pieces. I collected because I liked the coins.

On occasion, when I did attempt to put some value on my collection by flipping through pricing guides, my father the pragmatist would remind me of a simple truth: a thing is only worth what someone will actually pay for it.

So imagine my surprise when I saw that someone recently ponied up $1.38 million for a 1793 penny at an auction in Orlando. Historically speaking, it’s quite a coin, minted in Philadelphia the very first year the US produced its own currency. But it amazes me that, in my own collection, I have a penny from just a couple decades later that’s worth, oh, about twenty bucks.Â  Same size, same material, almost as old, nicer design, better condition.Â  Just not quite as rare, which saved me $1,379,980.

So why was some guy willing to shell out a million-plus for a penny? He didn’t buy the penny, he bought its scarcity. There are prettier coins out there, and older ones, but few rarer ones. Plus, he’s now the guy who owns the million-dollar penny.Â That’s what he bought.

Short-sighted businesses don’t think much about why their customers buy, as long as they keep buying. But if you really care about your business’s long-term potential, you need to know what motivates your customers. 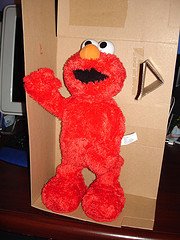 Why do people buy Priuses?Â  They’re not saving on gas, they’re making a statement.

And why do we buy fresh fruit knowing it’s going to rot in our kitchens?Â  Because buying it makes us feel healthierâ€¦ even if we never get around to eating it.

The more you know about why and how your customers make a purchase decision, the better equipped you will be to help them make that decision: through product positioning, pricing/promotions, and compelling communications.Â  Not only that, the more you understand about why you make the decisions you make, the more effective you’ll be at making those decisions for yourself.

And maybe eventually your kitchen won’t smell like rotten fruit.