Business Lessons from the 2012 Presidential Election

In case you hadn’t noticed, we recently had ourselves an election. The outcome doomed our country. Or saved it. Or didn’t make a difference at all. Whatever. I’m not here to argue.

But apart from the more emotional aspects of the election, marketing lessons abound. So, courtesy of the 2012 election season, here are a few reminders for us all:

You can always find data to back up what you want to think.

One of the things I found most remarkable about the presidential election was the certainty of the Romney/Ryan team. Down to the wire, they truly believed they were going to win. Not out of hubris, or blind ideological faith, or steely resolve, but because they focused on a data set that put their situation in a favorable light rather than the many polls that warned of an Obama victory.

The business lesson: We all tend to gravitate toward information that reinforces our existing beliefs. If you want to make good decisions, you need to be aware of your own biases and look for balanced sources. That holds true whether you’re asking a close group of friends about a potential business idea, asking your existing customers about a new product line, asking your employees about their work environment, etc.

Social media is the 21st century equivalent of comment cards.

Social media is an excellent avenue for hyperbole â€“ â€œmehâ€ doesn’t get a retweet, and only the loudest noises get heard in an echo chamber. Watching my own Twitter stream in the days before the election, I was amazed at how extreme (on both sides) the arguments had become. Anyone basing their opinions solely on social media would be terrified for the future of our country.

The business lesson: If you’re relying on social media to tell you what people think about your company, you’re not getting the whole story. In fact, you’re probably missing most of the story. Have you ever filled out a comment card? If so, chances are you were either really thrilled or really ticked off about something. Facebook, Twitter, blogs, etc., are the same way. People rarely go out of their way to talk about an average experience, even though most customer experiences are (by definition) average. ByÂ all means, use social media to identify problems, and use it to actively engage communicate with your customers. Just don’t use it as your only gauge of customer satisfaction.

Brands matter, and so does placement. 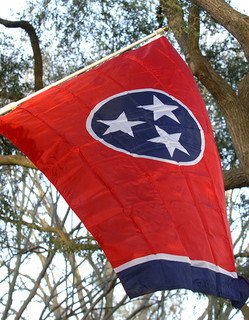 A bit closer to home, our elections had their own drama. The Tennessee race for a US Senate seat was primarily between incumbent Republican Bob Corker and Democratic challenger Mark Clayton. Clayton is a conspiracy theorist who was disavowed by the Tennessee Democratic Party and dubbed â€œ2012’s Worst Candidateâ€ by the Washington Post. He still got 30% of the vote (over 700,000 voters).

It doesn’t take much research into Clayton’s positions to realize that most Democrats wouldn’t vote for him. So what happened? Well, according to the Tennessee Democratic Party, he most likely won the primary by being the first name on the ballot (yay democracy!). Then, in the main election, the little (D) by his name was probably all the endorsement most people needed or cared about.

The business lesson: For better or worse, people look for ways to minimize the effort of making decisions. That means your job is to make it easy for customers to choose you. Maybe it’s using SEO to get to the â€œtop of the ballotâ€, or cross-promotions with a well-known brand to give you added credibility, or regular newsletters to keep your brand top of mind, or referral programs that let existing customers endorse you. It’s not enough to be the best at what you doâ€¦ if you’re not easy to buy from, you’re in trouble.

So there you have it: three apolitical lessons from a painfully political 2012. At least now we can get back to worrying about the things that really matter. Did you hear about Justin Bieber and Selena Gomez?!?!?!