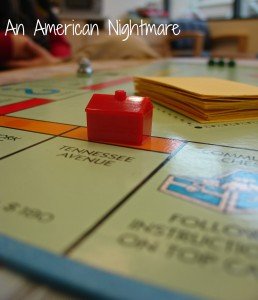 It’s not just how much you lose on the transaction, although that’s certainly part of it. It’s the stress of being in limbo until something happens. It’s repeatedly getting your hopes up, only to have them dashed. It’s trying to keep a house clean and show-ready with kids and pets constantly plotting against you.

But like any painful experience, there are lessons to be learned. And since we just sold a house, the lessons are still fresh. The biggest one, by far, is simply this: you don’t get credit for fixing what’s broken.

I don’t just mean the things that are literally broken, the dozens of nitpicky things that get put off for months or years until a home inspector forces the issue. I mean the glaring weaknesses that you take pride in correcting.

When we moved into our house several years ago, the washer and dryer hookups were downstairs in our kitchen, and the house had no pantry to speak of. Since all the bedrooms were upstairs, having a downstairs laundry room seemed like a bad idea. So one of our first major expenses after move-in was building out an unfinished attic space over the garage into an office and cordoning off a laundry room. Problems solved… the downstairs laundry area became a pantry, the washer and dryer were on the same floor as the bedrooms, and we added an office to accommodate our work-from-home lifestyle. Granted, the entire project cost tens of thousands of dollars, but it took care of our home’s major weaknesses in one fell swoop.

Fast-forward three years to potential buyers walking through our house. On a few occasions, we had the chance to meet and speak with the people touring our home. Each time, we proudly described the before-and-after transformation. Each time, we were met with blank stares.

Because of course there’s a pantry in the kitchen. And of course the laundry room is upstairs. Why wouldn’t they be?

This is an important lesson because it doesn’t just apply to homes. It applies to every aspect of life, including business. There’s a difference between eliminating a weakness and creating a strength. If all you’ve done is fix a weakness, you won’t get credit for it.

Did you turn your awful website into a run of the mill website? Or fire that horrible customer service rep who was so rude to customers? Or streamline your processes so you can match your competitors’ turnaround time?

Congratulations, you’ve officially stopped pissing people off! Just don’t expect that to count for anything.

Remember, meeting a customer’s basic expectations doesn’t mean you’ve won the race.Â  It just means you got to the starting line.