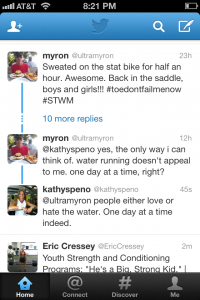 If you haven’t noticed lately, Twitter has been connecting conversations using a blue line. These are called threaded tweets and they are terrible.

Twitter began rolling out threaded tweets in June. They are said to have positive reviews, although I do not who gave these positive reviews. Theoretically, this service is supposed to make it easier to follow users’ conversations on Twitter. The threaded tweets let you easily track a conversation back to the original tweet. Whenever the conversation has a response, you get the original tweet in your stream as well, connected by a blue line to several tweets including the newest tweet in the thread. While this is being pitched as an improvement, I think there are a number of reasons this is not a benefit to the service.

What do you think of new threaded tweets? Have you found them useful?