Twitter can be an intimidating medium for new users to get accustomed to. This makes it easy to get taken in by spam accounts. On Twitter, most spam accounts are looking for a follow, a click to their website or – naturally – money. Many of them can really tug your heartstrings with messages that seem like what social media *should* be intended for. This makes it easier for people to feel like their joining a noble campaign when really, they’re being sucked in by a spam account. 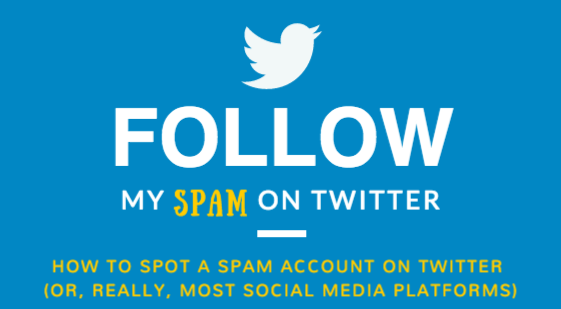 Following Count
If an account has zero people following it but a lot of outgoing tweets, chances are it’s spam. If an account were actively interacting with people in a productive manner, chances are someone would have followed them. No followers is a clear sign an account is spam. 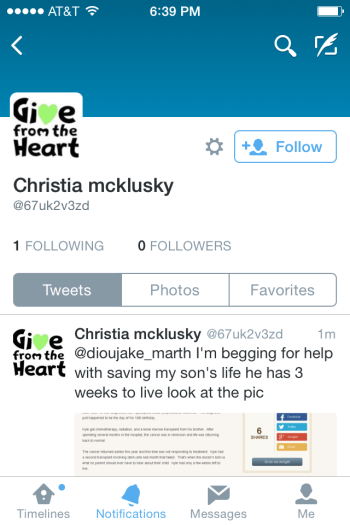 Following Count
Any extreme in following count is typically a sign of spam. If they’re following no one but tweeting a lot – that’s a bad sign. Why sign up for twitter and follow no one? So you can harass people. Alternately, if they’re following 4,000 people but have only 23 people following them, it’s likely a spam account. In most instances, legitimate accounts get followed back by a fair percentage of people they follow.

Repeat Tweets
But wait! You can’t repeat the same tweet – twitter won’t allow it. Well, that’s mostly true. However, if you change the handle you’re tweeting to, the post is not an exact duplicate of the previous tweet. So if you see that the only thing changing from tweet to tweet is who they’re contacting, chances are they’re spam (or at the very least, not worth following).

Requests for Cash
Whether or not the requests for money are for goods or donations, chances are the account is up to no good. If the first tweet you receive from an account requests money in any way, feel free to interact with other users and forget this one. 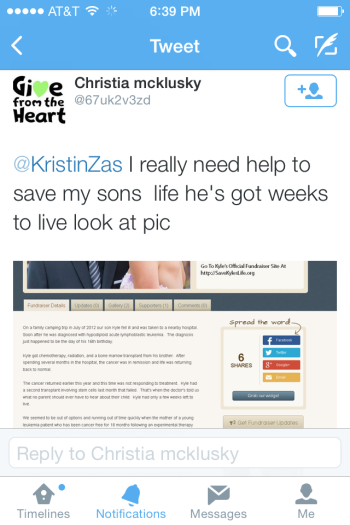 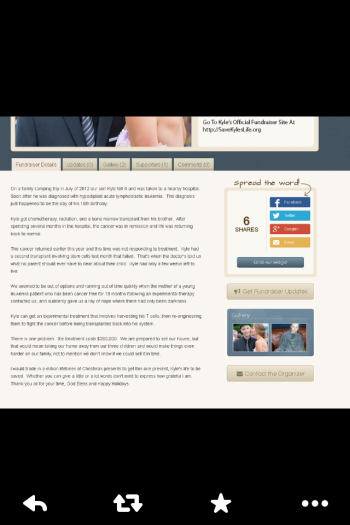 Scandalous Profile Photos
A profile photo that’s provocative – especially when paired with any of the above attributes – typically denotes an account used for spam purposes.

Once you start to spot spam accounts, you’ll see that they begin to stand out like a sore thumb. No one wants to be sucked in by these accounts or – just as bad – be perceived as one of these accounts. Be sure that your social media practices are not leading you to accidentally spam your clients.

Are there any other techniques you use to tell when an account is less than reputable? If so, we’d love to hear them – please share them in the comments below!