How to Organize your Social Media Connections

“Spring cleaning” is a great thing. It’s not limited to cleaning and organizing your house. It doesn’t even have to be spring to do it.

The benefits of using Friends lists include: 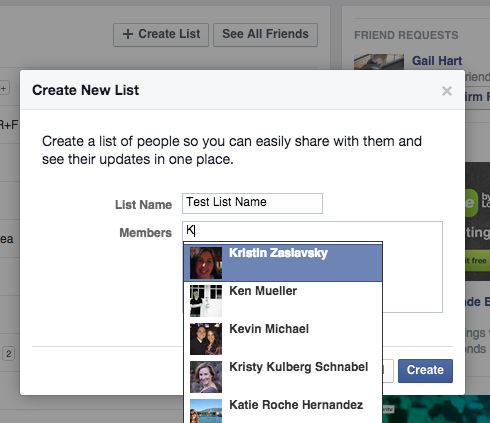 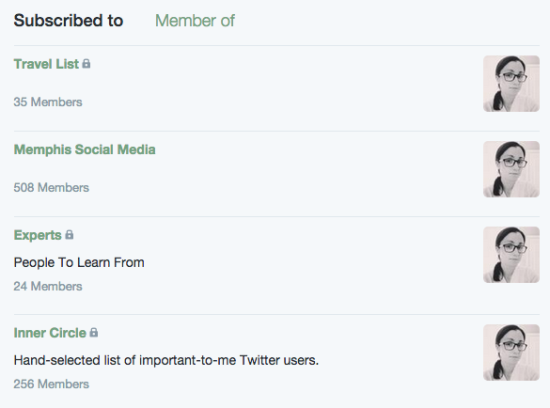 Once Twitter lists are created, I suggest adding each one into a column in your favoriteÂ Twitter management tool (I prefer TweetDeck). This makes for easy viewing of the tweet activity of your users in your Twitter lists.

The nature of Google Plus has always been to segment your message byÂ (the correct, relevant) audience. This is one of the reasons I love Google Plus; it’s unusual in the social media realm to see a platform set up with this kind of privacy and organization to begin with. Google calls these groupings your “Circles”. You can create as many Circles as you’d like, name them whatever you want (no one but you can see the Circle names), and place other users into whatever Circle, or Circles, you would like. Then when you make a post on Google Plus, you can determine which Circles get to see that content posted. Circles make it easy to control who sees what you post, while also making it easy for you to organize those you follow into whatever groupingsÂ you’d like.Â 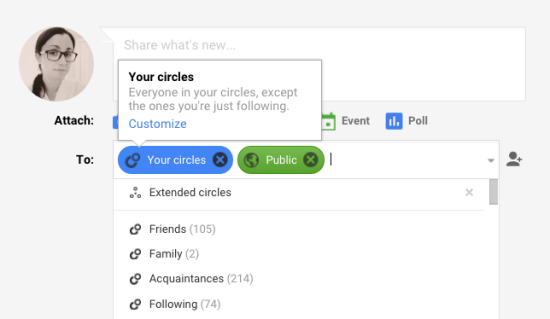 I admit to becoming lazy about my Circle organization, and have recently been cleaning up the profiles I follow and reassigning them to different Circles. Google Plus makes it easier than any other social media platform to move around those connections as you see fit. Simply hover, and click/unclick as needed. 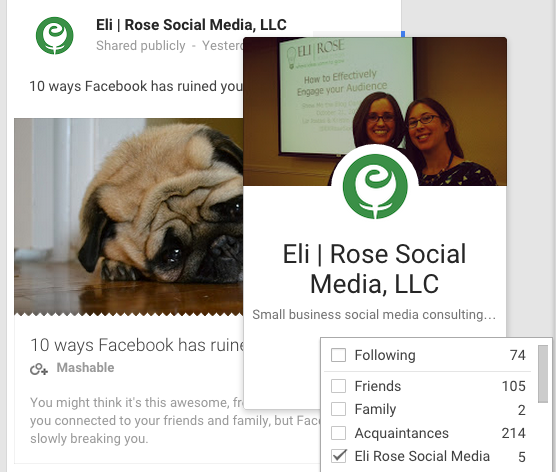 This Follower organization tip for Pinterest isn’t really about organizing those you follow into smaller, more manageable groups (which isn’t possible on Pinterest), but rather,Â it’s a tip that can help you stay more organized and focused with the boards you choose to follow. Pinterest is different than other popular social media platforms in the sense that you can choose to follow back a user (and all of their boards), or you can select to follow just a couple specific boards created by each user.

Most Pinterest users have some variance in the content pinned to their boards. For example, I have a social media & online marketing board, plus boards on fashion, home decor, healthy eating, Disney vacations, and exercise. If you are interested in following my social media-related pins, you’re probably only going to want to follow that board of mine so the other content I post doesn’t clutter up your Pinterest feed. Keep in mind that following all of the boards of all the users you follow means that you can potentially see more pins in your feed that aren’t relevant to you than pins that are. That’s why it’s important to spend the extra time to review and select specific boards to follow instead of simply clicking the Follow button at the top of another user’s profile. 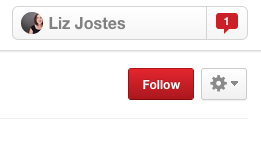 Here’s an example from the HubSpot Pinterest boards. I did not want to follow their “What to Wear to Inbound 2014” board, but I did follow their Inbound Marketing board. 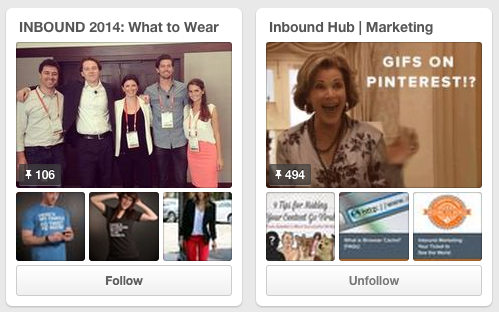 Being selective about the Pinterest boards you followÂ is going to keep your Pinterest stream much more tailored to your specific interests and make the time you spend on Pinterest more fruitful.

What additional social media follower organizational tips do you have?