Sick Day: Lessons Learned while Working from Home with a Sick Child

It was 10am when we got the call: our six year old was in the school office. He wasn’t feeling well. His tummy hurt. And so began our first official sick day. My wife picked him up and brought him home, and we spent the rest of the day juggling work and a child who (after a bit of malingering) managed to regain his strength, bossiness, and destructiveness.

Reflecting on the day later that evening, a few things about our first sick day stood out in my mind. And the reason they stood out was because each of them reinforced a recent business conversation or interaction I’d had.

Lessons Learned while Working from Home with a Sick Child 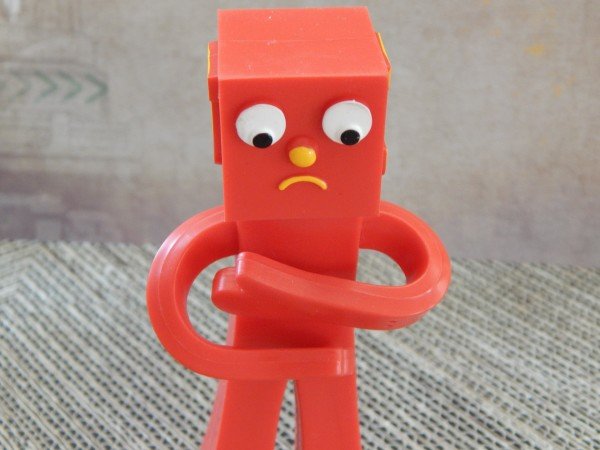 Have an expert on the inside

The first thing the school office did was connect our son with Mommy. It’s their way of saying â€œwe’re not qualified to make this callâ€¦ YOU figure out whether he’s really sick and what you want to do about it.â€ It makes sense. If you want to know what’s going on, find an expert with insider knowledge.

We’re currently working with a utility that relies heavily on dealers to sell its services. We’re in the process of designing a dealer survey to get feedback from this important group. Our first stop? The internal support team that handles dealer calls all day long.

For a software client, we were tasked with investigating declines in customer satisfaction. So we started by talking to the technical support reps who deal with unhappy customers all day long.

In both of these cases, these internal conversations weren’t the only thing we did. But they were a great starting point to validate the problem and provide some context.

Once our son got home, we had to be careful to watch what he did. Not so much while he was under the weather, but particularly as he started feeling better toward early afternoon. We knew that if he got to eat Cheetos, or watch TV, or play his tablet, that he’d eventually put two and two together and probably start getting â€œsickâ€ more often. So we made sure he had a boring enough day that by 2pm he was complaining about missing school. There’s no such thing as a free day off, kid!

There’s a parallel here in business. We all hear about surprising and delighting customers. But sometimes you need to do the opposite. Sometimes managing the customer experience means making sure they don’t have the best possible experience. You may need to intentionally reduce your service level to match a reduced commitment on their part. For instance, if you treat your deal-seeking Groupon customers the same way you treat your loyal profitable customers, you’re not doing anyone a favor, least of all yourself.

I was talking with a friend at an ad agency the other day, and she was recounting a recent email she got from a client, asking them to shave a little off their budget. The implication was: can do you exactly what you’ve been doing, but just a little bit cheaper? She and I share the same philosophy on that: no way. If you want to reduce the budget, let’s talk about what commensurate cuts you are willing to accept.

If you train your customers to believe they can always have your best without paying for it, you’ll put yourself out of business and have no one but yourself to blame.

Automate what you can

Later that evening, I got a phone call on my cell. Then one on my landline. Then a text. Then an email. All of them with the same message, that my son had missed a day of school and needed a parent’s note when he returned. It’s part of an anti-truancy campaign in our area, probably designed more for high schoolers skipping class than kindergarteners with tummy aches. But it’s an effective system, no arguing that.

In a recent conversation with one client, their sales team grumbled that when customers defected, the salespeople wouldn’t find out until months later. Customers would have a bad interaction with the service department, cancel their service, and go sign up with a competitor. The salesperson never had a chance to reach out and try to recover the customer before it was too late.

As another example, I’ve been working with a hotel client to set up a customer segmentation model to identify and track their most valuable customers. If a businesswoman has consistently stayed 15 nights a month in their hotels for the past two years, and suddenly drops to 5 nights a month, that’s worth looking into.

There’s no reason both of these companies can’t set up a system of notifications just like our school district, something that sends a â€œhey you need to know this!â€ email when an important customer looks like they are about to leave. The tools are there for any size company. You just have to know what you’re looking for.

Now we have our first sick day under our belts. A minor upset stomach, and what does he have to show for it? His first official absence is noted on his permanent record. He’s sacrificed his Perfect Attendance ribbon and the accompanying Jeans Friday at the end of the month. And his own father has exploited his suffering for blog fodder. All of which points to perhaps the most important reminder of allâ€¦ life just isn’t fair!