Business Lessons from the Olympics

When I was a kid, I didn’t really pay much attention to the Olympics. It was a bunch of people from countries I’d never heard of playing sports I didn’t care about. No thanks.

As an adult, I’ve developed a much greater appreciation for the Games. The dedication, the unparalleled excellence of the athletes. Knowing that you are seeing people push the human body to its absolute extreme, at a level that 99.9% of the world couldn’t dream of, is just amazing. 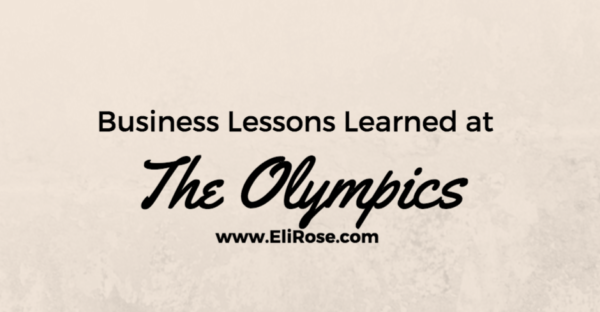 As a non-athletic lump of a human, I love the Olympics on a basic â€œwowâ€ level. But as a guy who runs a small business, I have another level of appreciation for the Games. They are always full of business lessons. Here’s a few.

As the Games wind down over the next few days, it’s back to reality. That includes making sure you are at the top of your game when it comes to marketing yourself. Your customers are the ones holding the scorecardsâ€¦ how well will you perform?