Plenty of us are struggling to find time to everything into our busy schedules. As a result, we sometimes slate things to happen at specific times and feels compelled to do them even if – at the end of the day – the timing isn’t quite right.

Alternately, we can sometimes be caught by a spontaneous urge to take action. We’ve all had a moment of inspiration that we feel like we just have to act on right now. As much as I support getting things done when it works for you, I also strongly advocate you making good choices. The truth is, there are some times you absolutely should not tweet. 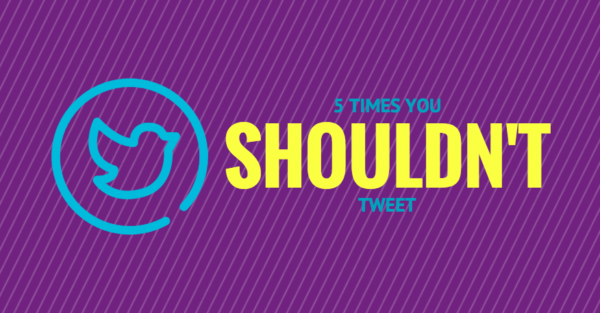 A well thought out social media plan means not letting times that you are vulnerable or impulsive get the best of you. Take time to breath, stay away from social media – maybe call your mom if necessary. Social media should only be used when you are in control of your emotions and your messaging.