The Importance of Goodwill

My TV knows when my wife is out of town. All of a sudden, there’s no Breaking Bad, or Homeland, or OITNB, or any of that. Instead, I’m flipping between Discovery, NatGeo, Smithsonian, NBA Classic, and C-SPAN.

That’s how I ended up on the couch eating cheese dip and watching a 1988 Bush/Dukakis Presidential Debate on a Saturday night. Which, in turn, inspired me to look up other dirty presidential campaigns. Turns out there’s really no line that hasn’t already been crossed. Mudslinging and partisanship aren’t exactly 21st century inventions.

So if politics hasn’t changed, what has? Why does this election feel so much worse than others?

In short, it’s about goodwill.

Or the lack thereof. 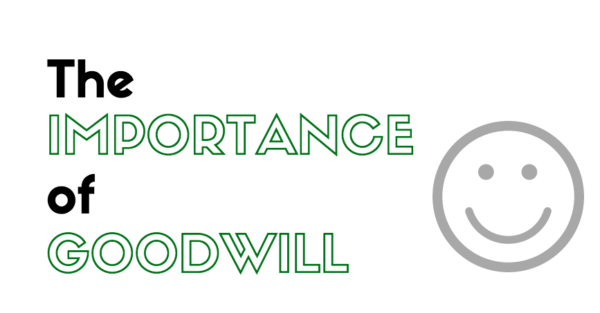 Both Clinton and Trump are â€œhistorically unpopularâ€,Â with the majority of Americans viewing both unfavorably. That means that, for most people, this is truly about the lesser of two evils.

Some of this is due to the candidates themselves. Let’s face it, neither has done a great job fostering widespread admiration. But some of it is due to our tendencies as voters, as consumers, as humans. There are both biological and social hurdles to changing someone’s mind.We tend to pick a narrative, stick with it, take seriously any facts that support our view and dismiss any that don’t.

That’s not a liberal thing or a conservative thing, it’s a human thing.

So what does this mean for you? In a world where a single negative review can kill your business (even if it’s not true), you can’t wait until you’re under fire to start defending yourself. Your best defense against a future crisis is the customer goodwill you can create right now.

Take Delta. A recent news storyÂ involved a physician accusing Delta of racial discrimination during a recent in-flight medical emergency. Reading the doctor’s account, it’s clear she felt marginalized. Reading Delta’s official account, it’s clear they are taking it seriously. What actually happened â€“ whether the flight attendant followed procedure, whether she was a victim of unconscious bias or something more blatant â€“ all of that will come out in time.

But if I’m in charge of these things at Delta, I’m not sweating it. I’ll be looking at that flight attendant’s background to see if there’s any warning flags, and I’ll make sure every Delta employee on every plane knows the proper procedure for identifying medical personnel. But as an employee, I wouldn’t be up until 3 am wondering if I’m working for a morally bankrupt racist company. And as a customer, I’m certainly not worried that I’m giving my money to a company with questionable values.

Why not? Because Delta’s got a stellar recordÂ on diversity and inclusion, one that’s been built over the course of decades. None of this diminishes the doctor’s experience or invalidates her complaints. But it makes it much more likely that this is an isolated incident of a single employee acting on personal biases and not systemic discrimination. The former is much easier to address than the latter, and should be more readily excused.

What Delta has done, simply by being a good corporate citizen, is build up enough goodwill that they are likely to get the benefit of the doubt. A complaint that might go much further with other companies is less likely to be damaging to their brand as a result.

That’s the real lesson of the 2016 campaign. Unless your business plan includes polarizing your prospects (which it mightâ€¦ GoDaddy being a good example), you probably don’t want your brand to be like Hillary or Donald â€“ where more people believe the bad stuff than the good stuff. If things head south, you want people to give you a chance, hear you out, give you the benefit of the doubt.

Better get to work.