If you run a company, you have a brand. Maybe you went all out and hired a branding agency, and you’ve got a really well thought-out and intentional brand strategy. Or maybe you just do what you need to do to keep the lights on and put food on your table, and don’t give branding a second thought. Doesn’t matter. Either way, you’ve got a brand.

But for long-term business health, there’s something else to consider: authenticity.

Authenticity has been a buzzword recently, always making appearances in those â€œthings Millennials care aboutâ€ lists as if Boomers and GenXers would be perfectly content with an inauthentic experience. But the popularity of authenticity shouldn’t detract from its validity. Authenticity does matterâ€¦ to everyone.

And if you’re running a small business, here’s the best part: authenticity is one area where being small helps.

That’s not to say big companies can’t do it. Some do it really well. But it takes much more of a concerted effort.

Take Hard Rock Hotels. A few weeks ago I spent a night at the Hard Rock in Orlando (business, not pleasure, for the record). Of course, there was memorabilia everywhere, music downloads for room guests, multiple music video stations on the TV, and a very cool vibe throughout the property. Honestly, exactly what you would expect from a music themed hotel in Orlando, the same way the Disney hotels have pictures of cartoon characters on the walls.

But the magic was in the details. The front desk agent who was cool, but not intimidatingly cool, and made you feel cool for staying there. The mirror in the room, where you saw where you stood compared to famous musicians. And the button on the phone where you could order from a menu of about 20 different guitars and have one delivered to your room with a mini-amp so you could have your own jam session. Because Hard Rock isn’t just about celebrating rock and roll, it’s about making each guest a star. They do that well enough that it feels genuine, because it IS genuine, even if they do it for 500 guests a day. 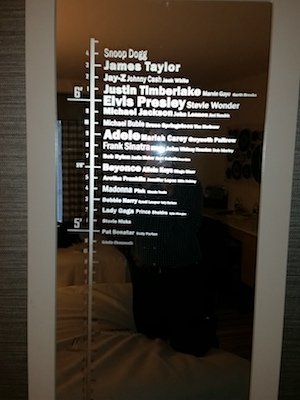 So what if you don’t have that kind of money or time, or don’t think your product is cool enough for that, or just don’t care? That’s fine. Because authenticity is really just about how you live your brand.

Let’s say you run an army surplus store. Boots, uniforms, knives, medals, flags, dummy grenades, ammo boxes, the works. Your customers’ worldview, depending on a number of factors, is going to fall somewhere on a spectrum between Boy Scouts (â€œBe Prepared!â€) and Tea Party (â€œDon’t Tread On Me!â€). Your worldview is probably somewhere on that spectrum as well, or you wouldn’t have opened the store.

There’s a sense, entering a store like this, that the world is a hostile and threatening place. It’s up to you to defend yourself from the dangers surrounding you. If you share that outlook, what does back-to-school season mean for you? Why, an increased risk of assault, of course. So naturally, the back to school special would be pepper spray. 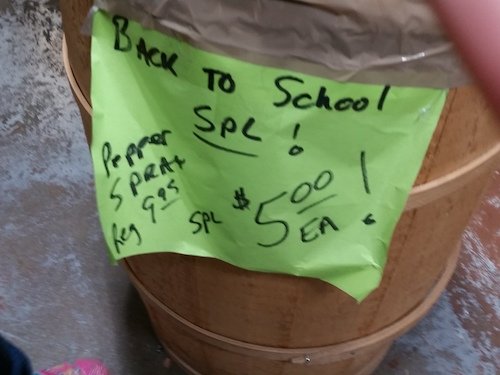 Do you think that was the result of a brand strategy discussion, or a series of focus groups? Nope, that was just army surplus dude doing what came naturally. It doesn’t even matter whether it was intended to be tongue-in-cheek or not (although my guess is not, based on some of the other displays). It’s an authentic expression of that store’s brand, and it didn’t cost a thing.

That’s the beauty of authenticity. It comes down to how good you are at being you.