Hashtag use on social media used to be so simple. Hashtags were solely a “Twitter thing”, and despite having the same uses on Twitter as they do today, the old 140 tweet character limit didn’t allow you much space to go crazy with hashtags even if you wanted to. But then as more time went by, hashtags began to show up on Instagram and Pinterest, then (occasionally) on Facebook, and now can be found on LinkedIn and YouTube, too.

So, what are hashtags, why do people use them, and what are the best ways to put them to use for your small business? 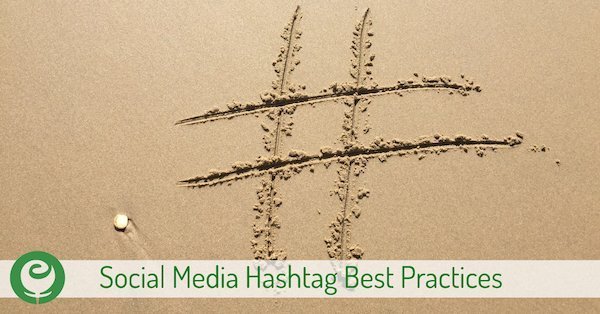 A hashtag is a word or phrase following a # sign. There are no spaces between words in a hashtag, and capitalization is irrelevant.

A couple examples of a hashtag could be:

Why Do People Use Hashtags?

You may use hashtags for 1 or all 3 of these reasons, and mix the purposes of your hashtags within 1 post.

Social media platform users can search for content on the platform by hashtags or follow specific hashtags to see content posted by any account that is publishing posts with those hashtags. So when you are choosing functional hashtags for your small business social media posts, you want to make sure you are using hashtags that are relevant both to your content and to the people you are trying to attract.

When you are using a hashtag for branding purposes, you’ll want to be consistent with its use and particularly careful that it reads OK as 1 word. A famous example of a branded hashtag gone wrong is America’s Got Talent winner, Susan Boyle, whose team chose the hashtag #SusanAlbumParty for her album release.

However, when capitalization is removed, it looks like this: #susanalbumparty.

Not exactly the same type of album party, right?

You’ll also want to do some research and check out the brand hashtags you are thinking of using on all the social platforms where you have a presence. What might be the perfect hashtag for your brand or campaign might already be in regular use by a different company on at least one social platform.

Putting Hashtags to Use (the Right Way)

Here are some tips for using hashtags for your small business social media posts. They are listed in no particular order.

Hashtag use and best practices has definitely become more involved and more strategic. Gaining a baseline understanding of the Whats, Whys, and Hows of hashtags will help you to use them more effectively for your small business social media goals.