Due to its fast-paced nature, near real-time conversations and character limitations, Twitter is often the social media platform the average person has the most difficulty grasping. Along with advice on how to talk with others on Twitter, here are 3 more tips to getting a solid handle on this popular social media platform.

At that point, a window will open showing the Twitter conversation.Â This will help provide context for the @ reply. 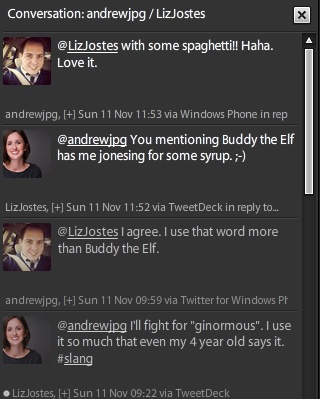 Taking steps like these will help you to organize your Twitter activity and followers, and make maximizing the engagement opportunities and community building that comes with Twitter a breeze.