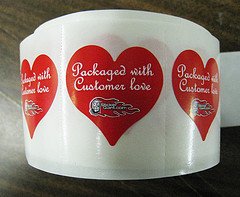 You want loyal customers. If you didn’t, you probably wouldn’t be reading this. And you know that loyalty is a two-way street. You do right by your customers, they’ll stick by youâ€¦ at least, in theory. But just to make sure, you’ve probably thought about a loyalty program, or maybe even implemented one.

For many businesses, a loyalty program is a no-brainer. Maybe it’s a bar code keychain, maybe it’s a punchcard, maybe it’s built into your customer database. But whether you’ve had a program for years or are just thinking about launching one, here’s a challenge. Ask yourself two questions:

Question 1: Is it good for my customers?

There’s an old saying about the road to Hell being paved with good intentions. Here’s an example. I’m a member of Dollar’s loyalty program, which in theory means they store all my information and the shuttle driver drops me off right in front of the car they assigned me.

The reality is more like my experience two days ago: They can’t find my reservation on the shuttle so they direct me inside, where an agent tells me to come to the front of the line (ahead of everyone on the shuttle with me, and several people who were already in line when I arrived) since I’m an Express member. While I enjoy the glares of the seven people I’ve just cut in front of, she chats me up and takes her time with my reservation, then offers to go pull a car around for me (no thanks, I’ll get my own!). As I’m leaving, I hear this exchange with the next customer:

Customer: So why exactly did you bring him to the front of the line?

Agent: Well, he’s an Express member so he gets VIP treatment.

Customer: So am I, that’s why I was standing in this line.

Meanwhile, I’m cringing and slinking out the door, knowing it’s not my fault but feeling like a jerk anyway.

There’s a fine line between making your loyal customers feel special and making everyone else feel like second-class citizens. If you’re accomplishing the latter, rethink your program.

Question 2: Is it good for me?

Have a generous loyalty program? That’s great. But how generous is too generous?

Delta’s tackled this problem a few times in the past several years. First, trying to boost activity at the start of the recession, they made it easier for customers to reach the top Platinum tier, lowering the mileage requirement from 100k to 75k. Then, when things got a bit crowded at the top, they created a new Diamond tier with a 125k mileage requirement and much more lucrative benefits. Objectively, it made total senseâ€¦ they’d been treating a 75,000-mile-a-year traveler the same as a 250,000-mile-a-year traveler.Â Recently they took it a step further. Since some folks are very adept at stockpiling miles cheaply (even going on so-called mileage runs where they spend 2-3 days on planes just to get the miles), Delta introduced a new requirement. Starting next year, elite status depends both on activity (how many miles/segments traveled) and spend (how much the tickets cost). In other words, they’re looking to reward their most profitable customers rather than their most active ones (who aren’t necessarily the most desirable).

Both Delta and Dollar have lessons for us here. A properly implemented loyalty program makes your most desirable customers feel special without alienating the rest of your customer base. But there’s a lot that can go wrong â€“ from having employees botch the follow-through to using the wrong metrics to identify high-value customers.

So whether your loyalty program is new or old, high tech or low tech, or maybe still on the drawing board, take the time to make sure it’s doing its job and generating the right kind of loyalty. Otherwise, what’s the point?