Are you telling your customers to go away? 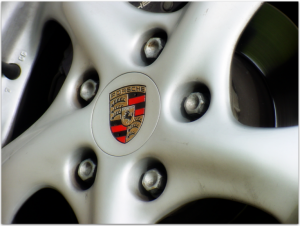 Every few months, for one reason or another, I have to go inside a post office. It’s rarely a positive experience, but occasionally it’s a memorable one. Several months ago, I had one of those visits.

As usual, the line was long â€“ over a dozen people ahead of me. And since no one goes to the post office anymore unless they really need to, no one had an easy question or a simple task.Â  Naturally, there was just one clerk behind the counter (although there was plenty of chatting and laughter coming from a back room), so things were moving slowly.

After about ten minutes, a woman walked out of the back room, chuckling, then looked up when she saw the long line of frustrated, impatient customers.Â  She stopped in her tracks, shook her head, and said â€œwhat, are we giving out government cheese today?â€

That one incident tells you everything you need to know about the USPS.

She was wondering why all of us were standing there taking up her timeâ€¦ and we were wondering the same thing.

I don’t know about you, but if I had a group of people lined up to buy from me, I’d be thrilled. The fact that she wasn’t tells me they’ve lost their focus on the customer.

Sure, it’s easy to take potshots at the post office. That’s not the point. The point is this: you may be more like the post office than you think. If you are, it’s not always immediately apparent. It’s usually a slippery slope.

Maybe you started a home business that grew faster than you thought it would. Now it’s bumping up against your personal life, and you don’t want to budge. Instead of a cheer, every new order that comes in is met with an exasperated groan.

Or you’re stuck with a sales approach that’s so labor-intensive, you’ll pass on a dozen decent prospects waiting for a sure thing to show up.

Or you’ve instituted a customer complaints process that’s so cumbersome for everyone involved that it’s easier to just ignore the customer and hope they go away.Â  (And by the way, those FAQs on your website aren’t fooling anyone.)

It doesn’t matter what size your company is, or what industry you are in, or how many customers you have, or how you interact with them. Quite simply, if you think of your customers as a hassle, then something’s wrong. Either your company has lost its focus, or you’re not the right person to be dealing with customers.

Both of those problems are fixable, as long as you know they are problems.

It’s when you don’t recognize the problem that you’re in real trouble. Because if you keep telling your customers to go awayâ€¦ one day, they’ll listen.