Want to Get Meaningful Follow-Backs on Twitter? Avoid Doing These 8 Things.

Needless to say, I’m pretty well-versed in the user habits and practices of Twitter.

Twitter is a platform that’s incredibly easy to grow the number of Followers you have very quickly. Now, that doesn’t mean you are doing the right things to get followed. You might have unhelpful TwitterÂ practices, have purchased fake followers, or have a bunch of disinterested (or irrelevant) followers gained while playing the Numbers Game.

I do think most people want to do the right thing with their Twitter profiles, and build their Twitter accounts be an accurate, respectable representation of their brand, and an effective marketing and customer service channel for their business. That’s why it’s even more important to be aware of the types of Twitter behavior or profile mistakes that can push people away from your small business instead of pull them in. 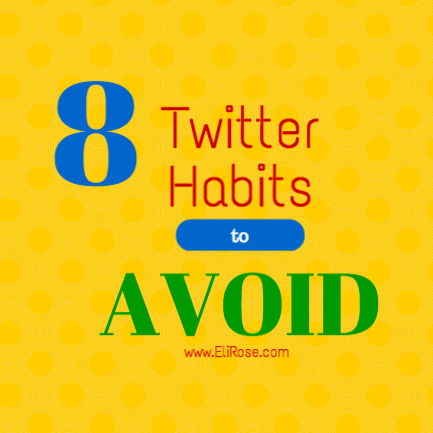 8 Twitter Habits to Avoid if you Want Real Followers

1. You are playing the Numbers GameÂ Like I wrote above, Twitter is the easiest platform to amass tons of Followers. Heck, there are plenty of services that will follow and unfollow accounts for you just so that your numbers keep growing. If I see a Twitter account with only 10 tweets, but 5,000 Followers, I know they are playing the Numbers Game. If I see an account that’s following, for example, 15,000 people and has 13,000 Followers, I can tell that they are playing the game to keep driving Followers numbers upwards. Even if the number of Followers vsÂ Following is pretty equal but still high (in the tens of thousands), I know that user has a “follow for a follow” type of mentality, and that discourages me from following them back. That user is never going to see my tweets in their Twitter feed, and they are obviously connecting to increase their numbers vs a true shared interest with me and what I tweet about.

2. You are playing the Faux-Importance Twitter GameÂ An alternate version of the above Numbers Game is this one. With this Twitter Followers game, you follow a bunch of people, wait for them to follow you back, and then unfollow them a week or two down the road. Doing so creates a false perception of importance, making it look like you are so popular that thousands and thousands of Twitter users follow you, even though you only follow back a tiny fraction of them. There is nothing in Ethan’s bio below that is relevant to me or what I tweet about. I promise you my tweets aren’t anywhere close to being interesting or funny enough for a guy who writes for MTVNews, Cosmo, and Food & Wine to actually want to follow me. 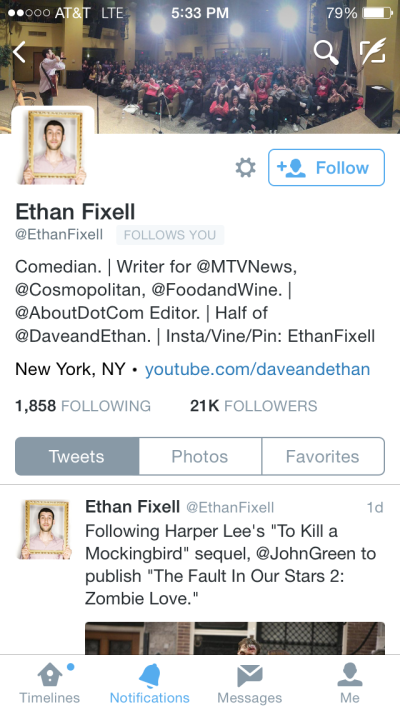 I periodically check my Twitter Unfollowers using Who.Unfollowed.Me. On the morning of February 20th, I noticed that Ethan showed up in the list of users who had unfollowed me. He initially followed me on or very close to February 8th, so less than 2 weeksÂ passed before he unfollowed. 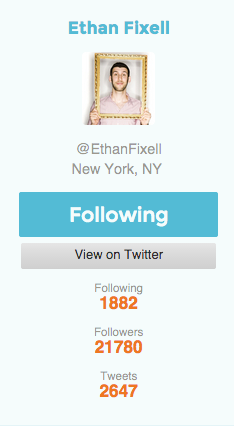 3. Your feed is all auto-feeds from another social media profile If you want to be active on Twitter, then be active *on* Twitter. Sure, Twitter makes it easy to connect and auto-share between other social media profiles. But that doesn’t mean that your Twitter stream should be comprised solely or mostly of auto-shares from other accounts. If a Twitter user visits your profile page, and sees activity that resembles the tweet stream below, they know you aren’t putting in any active time on the platform, and that you definitely aren’t going to be around to engage with them about what they are tweeting about. 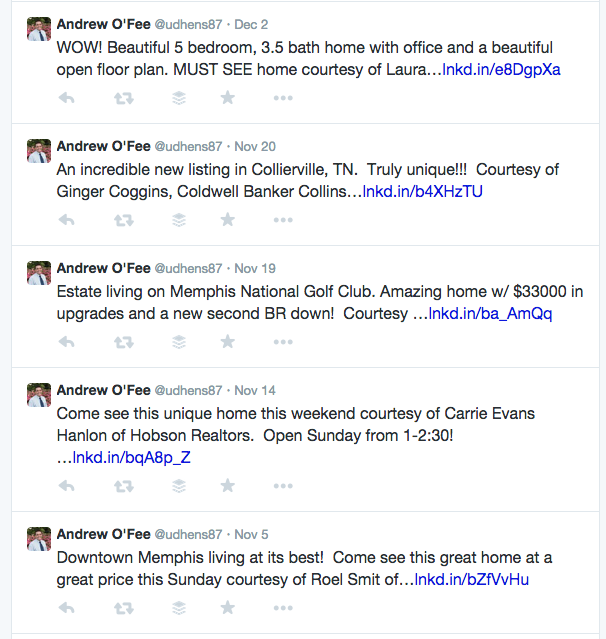 4. You last tweeted 4 months ago Or six months. Or even a year ago. No one wants to bother following a Twitter account that’s not active since no new tweets are being posted by that account. Dormant accounts also give the impression that a business has left a piece of its brand presence unattended. If potential customers come into contact with your dormant account, they may draw negative conclusions about your business and how well it is run.

5. You have no tweets Twitter definitely has a spam problem. I don’t get those spam accounts I come across from time to time that have – literally – thousands of Followers, yet haven’t posted a single tweet. I have to guess they receive bot follows, but don’t have any clue what the purpose of these accounts are since nothing is being achieved with them. But for those Twitter users who perhaps are just getting started on Twitter but haven’t gotten their feet wet yet, I’d recommend you post a few tweets. If you are a new Twitter user and have followed a bunch of initial accounts to get started, please post some introductory tweets to your profile. Those users who you just followed will be receiving notifications of your follow. If they check out your profile before deciding whether or not to follow back, you’re really hurting your chances of receiving that follow-back with 0 tweets posted to your account.

6. You are missing a location in your profile The vast majority of Twitter connections that the average user has are people that user don’t already know. Having a location listed in your Twitter bio may make the difference in getting that follow-back. There are some users who will follow back based solely on the fact that theyÂ live in the same city or metro area as there’s some commonality with that. Plus, not having a location could make you look spammy.

7. You have no bio or a fairly pointless one This one gets me every time. I have Twitter send me notification emails of the new Followers I get. If someone has a blank bio, I don’t give them another thought. Your Twitter bio is the only way to give a glimpse toÂ people about who you are, and what you are about. Your Twitter bio plus your photo is the first impression others see. If users don’t feel there’s an immediate connection or shared interest based on a bio (or lack thereof), why would they follow your account?

8. You follow lots of spam accounts At first read, you might be thinking, “But how would I know that?” This particular example happened to me recently. I received a follow from an account of a woman who is well-known in the social media world. Twitter is not the platform she’s known for, however she has quite a large following on it (or so it seems). After I followed her back, I received a surge of follows from spam accounts during the next fewÂ days. In the “Users who also follow this account” section of the Twitter notifications I received, her account was the 1 account listed for all those spam accounts follows. While this didn’t prevent me from initially following her (since the spam follows came *after* I followed her back), it did leave me with a much different impression of her, her Twitter presence, and her social media know how.

It’s important to realizeÂ how much your actions – whether deliberate or accidental – do impact the first impression others have of your online presence. Avoiding these 8 Twitter “no nos” will be tremendously helpful in attracting and keeping the right kind of Followers.