There’s been a shift in the recommended best practices for Facebook with regard to optimizing EdgeRank, the algorithm that controls what updates are shown to users. In the past, well-crafted text, a question or call-to-action and a photo comprised the perfect trifecta needed for status update greatness.

But in the past few months, there has been a shift.

Text-only updates, while not seeing the same engagement levels (Number ofÂ Likes, Comments, Shares) as updates that include images, are seeing aÂ much higher Reach.

Take a look at the 2 updates below. Both were posted to the Eli | Rose Social Media fan page. You’ll see that both updates had virtually the same Reach, even though the photo update received 3 times as many Likes as the text-only update, plus 4 Comments and 20 Shares.

Why Is Text-Only Doing Better?

We don’t know for sure. One theory I’ve heard tossed around suggests the smaller visual space a text-only update takes up in the feed (in comparison to a photo) is preferable to Facebook, who wants to have plenty of space for its paid advertising products.

Where Did the Virality Go?

Another change that I’ve noticed is that viral photo shares (think: someecards) do not “pay off” in terms of Reach and your People Talking About number like they used to. Previously, if I shared a popular image to a fan page, and it was then shared by my fans to their profiles or pages, I used to get “credit” from Facebook in the form of a skyrocketing Reach number. 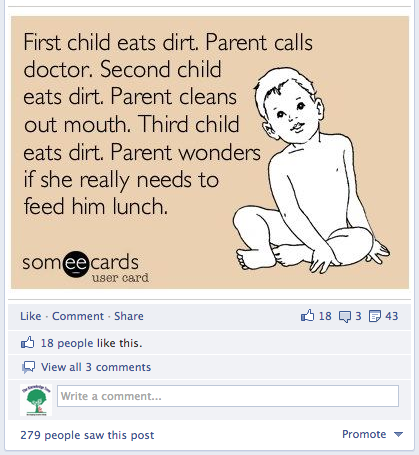 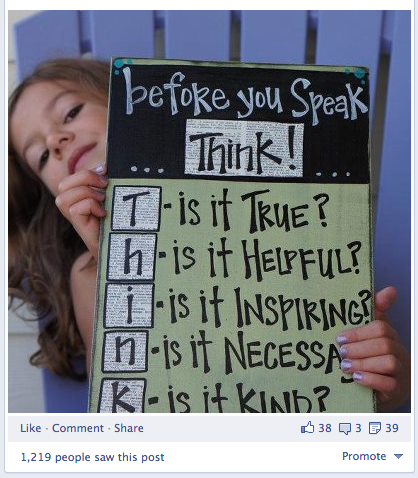 So, What am I Supposed to Do Now?

The only constant in social media is that it’s always changing. The best approach to take with the ever-evolving rules of Facebook engagement and Reach is to be sure you continually vary your update style. Still use photos, still ask questions, still share links and also craft some text-only updates. Keep an eye on what’s working best for you, and if you notice new trends developing.

Be sure you have a diversified social media presence as well. It’s never a good idea to put all your eggs in one platform’s basket.