The Mac and Cheese Stabbing, and Other Misleading Headlines 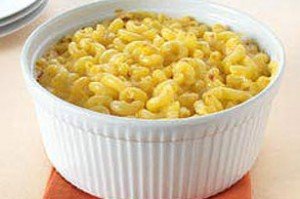 It’s funny what can push someone over the edge.

Like, say, some macaroni and cheese.Â  At least, that’s what this headline would have you believe:

But then you dig a little deeper, and find out that it wasn’t really the mac and cheese that caused the tussle. It was a beer that was spilled in the search for some missing mac and cheese, of course!

And that’s where the story ends.

At least, the story reported in the paper.

But does anyone really think some missing mac and cheese, and a spilled beer led to a stabbing? Even in Florida, that’s a stretch (although if you follow @_FloridaMan on Twitter you might disagree).

The only guy who knows is the brother who, in his own words, â€œpoked him a little.â€

Obvious, right?Â  Then why do we make the same mistake with our own customers?

It’s become incredibly easy to measure an individual customer interaction. Website analytics will tell us what page a visitor was on before they left the site. One-click feedback systems let visitors rate individual web pages. CRM systems can trigger email surveys after specific interactions. Some retailers now have one-question surveys that pop up on their credit card signature pads (â€œwas the store clean today?â€).Â  And so on.

All of that information is great â€“ sort of. It’s nice to get instantaneous, focused feedback if you know what to do with it.Â Seeing a 100% abandon rate on your shopping cart?Â  Better make sure your â€œBuy Nowâ€ button is loading. Getting a 0% satisfaction rating in one checkout lane? Maybe Mr. Surly needs some retraining.

The issue isn’t accuracy. If your customers say (through their words or actions) that there’s a problem, then there’s probably a problem. It just may not be the only problem. Sometimes we focus so much on the final straw that broke the camel’s back, we forget about all the other stuff the camel was carrying. All the bad-but-not-quite-bad-enough stuff that brought them to the breaking point in the first place.

Just remember: a single data point might make a good headline, but you often have to dig deeper to get the whole story.