If you are ready to get serious about your Twitter presence, you absolutely must create and use Twitter lists. Twitter lists allow you to segment those you follow into smaller, more manageable groups. Once you are following even just a couple hundred people, the typical user begins to feel like they aren’t seeing the tweets from their favorite accounts, or that there is too much irrelevant stuffÂ to weed through in order to get to the content they want to see most. This is also why it’s more important to be listed than followed.

So now that we’ve reviewed some of the benefits of using Twitter lists, let’s shift over to the strategy involved. 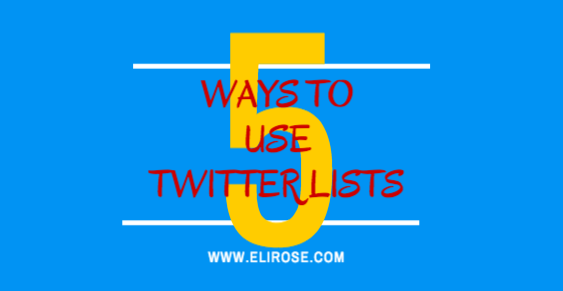 So, begin to strategize how you can best utilize Twitter lists to achieve your social media marketing goals. You’ll be a lot more effective on the platform as a result. And if you need some help developing your strategy, just let us know.